Moe is a professional painter of contemporary art who has presented his art everywhere in the world from Dubai to New York, Illinois, and Houston. A painter from childhood, he attended Fine Art School, gaining a Bachelor’s degree, followed by a Master’s degree from Eastern Illinois University. Moe’s Paintings uniquely portray his life stories and his life’s devotion to following his inspiration. His artwork is based on three principal elements; the inspiration, the story behind the inspiration, and the painting itself. Of his work, Suran says, “I believe there are two types of inspiration: object and nonobject. The inspiration that objects are those in the real world that we can see and touch, but they are limited, and can only be interacted with using our physical senses; for example, trees, animals, and the body are all object inspirations.

” After the inspiration comes to the story, which is shown to an artist in the World of Inspiration, and must then be brought into the real world using tangible colors, shapes, and real-world tools like paint and canvas.” – MOE. S.D 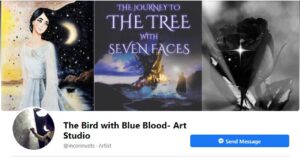